According to the American Hospital Association by the year 2030, there will be more than three times more baby boomers’ than there were in 1980. This means that a group of people will be requiring and receiving more medical attention than previous people of the same age group.

The United Nations states that will be more of the boomers’ population (people over 65) will be more children 5 years and younger by the year 2050.

By the year 2030, about 60 percent of boomers will be afflicted with one or more chronic health condition and about 62 percentages 50-62 have a chronic disease due to obesity and about 25 percent will have diabetes,

Health and Wellness of Boomers

Because of this the health and wellness of the boomer generation have far-reaching implications, from public policy and taxation to climbing insurance costs and the rise of new health care industries that cater to this older demographic.

Because of their relatively deep pockets, stable financial footing, and sheer numbers, boomers have the full attention of marketers and producers of medical goods and services.

They are been catered to at every stage of their development, boomers will continue to find that companies are eagerly looking to tap into this large demographic and will anticipate their medical wants and needs.

There will be a growing effort to develop and sell to boomers devices aimed at extending personal independence, and as we boomers move through our 80s, 90s and beyond, there will be an increased and demand for services and products that facilitate wellness and mobility

Medical research will be beneficial for boomers, but as can be expected advertisers will present plenty of devices and services that may or may not deliver as promised, and this will produce a growing market for services that help boomers to make the right decision of which is more suitable their needs.

The baby boomers represent the go-to generation for politicians looking for votes, or researchers looking to make a mark.

More than 100 million Americans now over the age of 50, and their votes and dollars are sought and is recognized as being more important than ever.

Older Americans are a large voting bloc and tend to be more politically active, and are very influential with elected officials, especially when many of those elected officials are themselves nearing retirement age.

According to the National Coffee Association, 61 percent of people between the ages of 40 and 59 drank coffee every day, while only 47 percent of those between 25 and 39 did so on a daily basis 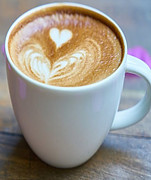 Coffee use and Boomers

Many studies show coffee has antioxidant properties that may help prevent age-related conditions such as Alzheimer’s disease, and another study shows that drinking coffee lowers the risk of prostate cancer these findings boost coffee’s appeal to baby boomers.

Another growing market that is appealing to Boomers is the energy drinks and energy pills, the long-term health effects of these are still not known

The Harvard School of Public Health in a study states that life expectancy is now up to 83, this means we boomers will be around for a little while longer.

Boomers in American society are not only expected to live longer than any previous generation but we will also be more independent, living by ourselves in our own home.

This will of course cause the field of home health care aids will continue to grow, and providers and policymakers alike will struggle to meet the demand for services.

Another concern for boomers is their retirement savings, this will need to stretch out longer, and may increasingly turn to financial arrangements such as getting employment to supplement their budget either in a work from home option or reverse mortgages in order to secure continued cash flow.

In the near future, Social Security is expected to pay out more than is collected because of a large number of boomers who will become eligible for this benefit, so it would be wise for boomers to seek another source of income.

Risk of over Medication of Boomers

The fear of boomers is the risk of overmedication. These days there is a prescribed medication for everything, no matter how trivial whatever the complaint there is a pill that will fix the condition.

The benefits of exercise have long been touted by many fitness and medical experts, whether it is for lowering blood sugar levels, lowering blood pressure, exercise.

The boomers have really caught on to this message and have helped to make this fad go to the mainstream. So now there is walking and riding trail in most parks there are neighborhood gyms than offers aerobics and weights training.

As boomers reach retirement age, their focus on longevity and delaying the physical and visible effects of aging it’s, therefore, no surprise that many boomers view exercise as a key to a longer, healthier and happier life.

Compared to previous generations, fitness and exercise are more ingrained in the minds of baby boomers and is incorporated as part of their daily lifestyle.

An AARP study showed that active people enjoyed 16 additional years of healthy living than did sedentary people. Exercise also seems to delay the effects of the mental disease such as dementia as well as improve the strength of bones and muscles and the functioning of joints.

Boomers, however, have to seek medical attention due to their overzealous exercising routine sometimes there are injuries that could be avoided. As with everything all things should be done in moderation

Exercises can be an accessible tool in maintaining youthful agility or delaying the symptoms of aging.

Previous generations grew up in a world where the main industry was agriculture and it was a given that one would work on the farm or in a factory.

But we boomers grew up an era that ushered in suburbs, and we boomers consider both farm and factory to be foreign environments.

Instead, we were more likely to find work in an office environment, which is void of the physically exhausting and often dangerous lines of work that were part of the lives of previous generations.

There is a more conscious effort among boomers to make healthier choices when it comes to our diet, whether it is reading food labels or having become more aware of the importance of paying more attention of what we are eating as it can affect t our bodies in controlling our cholesterol or blood pressure.

There is so much unhealthy food that is made available to us whether it is by way of a fast food restaurant or our local grocery store than it is good to be conscious of what we are eating.

The Whole Foods Market survey showed that more Americans, boomers included are purchasing more organic food items. And this is due mostly because of the high use of additives and insecticides and other man-made product during food  production and preparation

Depression is another cause of obesity in some of us, when we are depressed we sometimes tend to overeat and to not be active. And also obesity can be the cause of depression

Being obese with aching and aging joints is not a good combination there will more weight on our joints causing more wear and tear with this in mind it is a good thing to lose some weight.

Fortunately, for us, there are lots of weight-loss options available for boomers, and all the good ones revolve around an age-old formula for shedding pounds: eating less and exercising more. This is something we all can do.

Here is a link for some light exercises and stretches,  help to keep us flexibly hope you find them helpful.

Do you agree that we can live longer, healthier and better lives by making a better choice in our diet, a moderate fitness program, and an active mind? Please let me hear from you, you can leave your comments below. Thank you. And remember to like and share, please.