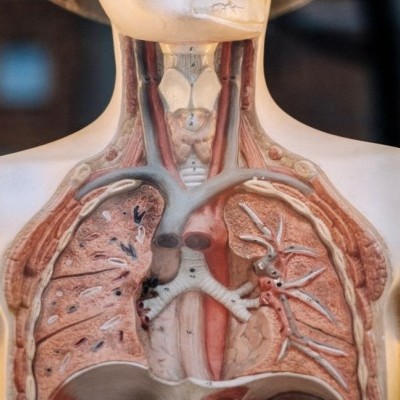 I worked as a  CNA for several years before retirement, and during my time working in the field, I have come across many older adults suffering from different types of chronic lung disease.

It was harrowing for me to watch them laboring to breathe  even with the aid of oxygen in some cases, and it was still challenging,

So let us look at some of these chronic lung diseases and their causes and what we could do to prevent them from maintaining good health.

The lungs and their functions

The lungs are a pair of spongy, air-filled organs located on either of the chests. The windpipe, which is the trachea takes inhaled air into the lungs through its tubular branches, called the bronchi, then divides into smaller and smaller branches (known as bronchioles), finally becoming microscopic.

The bronchioles eventually end in clusters of microscopic air sacs called alveoli.  In the alveoli, oxygen from the air is absorbed into the blood Carbon dioxide, a waste product of metabolism, travels from the blood to the alveoli, where it can be exhaled.

Between the alveoli is a thin layer of cells called the interstitium; these cells contain blood vessels that support the alveoli. 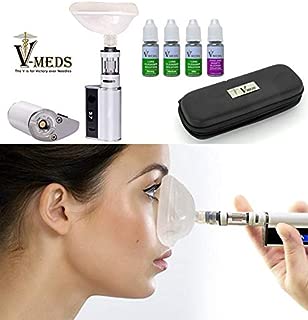 The traits of asthma are wheezing, shortness of breath, coughing, and tightness in the chest.

Coughs are usually none productive because it is hard to produce sputum.

The symptoms are usually worse at night and in the early morning or cold air, or any form of exertion like exercise.

Many other health conditions are usually seen more frequently in those who have asthma; these conditions include GERDE( gastro-reflux), rhinosinusitis, obstructive sleep apnea, anxiety disorder, and mood disorders.

Asthma can be genetic or can be caused by many environmental conditions.

Smoking during pregnancy and after giving birth is associated with a greater risk of asthma-like symptoms—low-quality air from traffic and factory pollution.

Exposure to pollutants like dust mites, cockroaches, animal dander (fragments of fur or feathers), and mold.

Perfumes are a common cause of acute attacks on women and children. Both viral and bacterial infections of the upper respiratory tract can worsen the disease.

Asthma is the result of chronic inflammation of the conducting zone of the airways (especially the bronchi and bronchioles), which results in increased contractility of the surrounding muscles.

This, among other factors, leads to bouts of narrowing the airways, and this is what causes the wheezing associated with asthma.

Chronic obstructive pulmonary disease (COPD) is a respiratory disease that constricts breathing due to progressive lung damage. Chronic bronchitis and emphysema are two common forms of COPD. And many sufferers develop both diseases.

COPD usually develops when the cellular walls in the respiratory system become inflamed or deteriorated. It can also develop when the airways and air sacs lose their elasticity or become blocked from excessive mucus production. 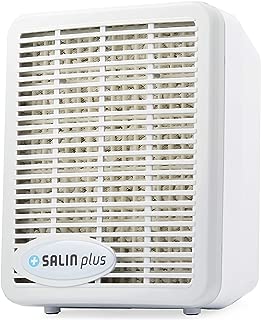 Smoking and secondhand smoke are the greatest risk factors for COPD, especially if a person already has asthma. Air pollution breathing in chemical fumes, dust, or toxic substances can also cause COPD.

There are four stages of COPD; common symptoms include increasing shortness of breath, wheezing, chronic cough, fatigue, and respiratory infection. These symptoms usually increase in severity as the disease progress.

As the stages of COPD progress, the symptoms may change or increase in severity. Stage one is often mild shortness of breath, usually resulting in a grade of 80 percent or better on the pulmonary function test.

Stage two symptoms can be increased shortness of breath, accompanied by a cough and phlegm and pulmonary function test results range from 50 to 80.

Stage three begins with severe symptoms, much more noticeable difficulty in breathing, chronic cough and /or phlegm, and fatigue onset.

Stage three symptoms can begin to noticeably affect the quality of life, leading to pulmonary function test results as low as 30 percent.

Stage four brings a potentially life-threatening level of breathing difficulties as the symptoms become more severe. At this stage, the pulmonary function test drops to below 30. There is no known cure for COPD, but the disease can be managed.

Bronchitis is an inflammation of the lining of the bronchial tubes. These are the tubes that carry air to and from your lungs. People who have bronchitis often have a persistent cough that brings up thickened, discolored mucus. They may also experience wheezing, chest pain, and shortness of breath.

Bronchitis may be either acute or chronic. Acute bronchitis develops from a cold or other respiratory infection and often improves within a few days without lasting effects.

Chronic bronchitis is a more serious condition that develops over time rather than striking suddenly. It’s characterized by recurrent episodes of bronchitis that last for several months or years.

The constant inflammation in the lining of the bronchial tubes causes excessive amounts of sticky mucus to build up in the airways. This restricts the amount of airflow going into and out of the lungs.

The blockage in airflow gets worse over time, resulting in breathing difficulties and increased mucus production in the lungs.

Many people who have chronic bronchitis eventually develop emphysema, which is a type of lung disease. Together, the two conditions are referred to as chronic obstructive pulmonary disease or COPD.

Most COPD symptoms take a while to develop, so people often mistakenly believe that the condition isn’t life-threatening and ignore the symptoms until the condition has progressed to a more advanced stage. Although the condition can’t be cured, the symptoms can be managed with treatment once a diagnosis is made.

After a long period of inflammation and irritation in the bronchial tubes, chronic bronchitis can result in several symptoms, including a persistent, heavy cough that brings up mucus from the lungs. The mucus may be yellow, green, or white.

As time passes, the amount of mucus gradually increases due to the increased production of mucus in the lungs. The mucus eventually builds up in the bronchial tubes and restricts airflow, causing breathing to become increasingly difficult. This shortness of breath may be accompanied by wheezing that gets worse during any physical activity.

Other symptoms of chronic bronchitis may include:

In the later stages of chronic bronchitis, the skin and lips may develop a bluish color due to a lack of oxygen in the bloodstream. Decreased oxygen levels in the blood can also lead to peripheral edema or swelling in the legs and ankles.

As chronic bronchitis progresses, the symptoms can also vary in severity and frequency. For example, a cough may disappear temporarily, only to be followed by a period of more intense coughing. Various factors, including: may trigger more severe episodes 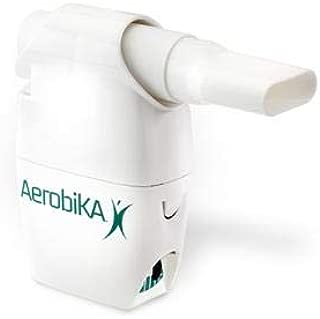 Chronic bronchitis occurs when the lining of the bronchial tubes repeatedly becomes irritated and inflamed.

The continuous irritation and swelling can damage the airways and cause a buildup of sticky mucus, making it difficult for air to move through the lungs. This leads to breathing difficulties that gradually get worse.

The inflammation can also damage the cilia, which are the hair-like structures that help keep the air passages free of germs and other irritants.

When the cilia don’t work properly, the airways often become a breeding ground for bacterial and viral infections.

Secondhand smoke can also contribute to the development of chronic bronchitis.

Other possible causes include extended exposure to air pollution, industrial or chemical fumes, and toxic gases.

Bronchitis greatly increases your risk of severe lung damage, leading to respiratory problems or heart failure. While there is no cure for Chronic Bronchitis, the disease can be managed.

Emphysema is a lung condition that causes shortness of breath. In people with emphysema, the air sacs in the lungs (alveoli) are damaged.

Over time, the inner walls of the air sacs weaken and rupture — creating larger air spaces instead of many small ones.

This reduces the surface area of the lungs and, in turn, the amount of oxygen that reaches your bloodstream.

When you exhale, the damaged alveoli don’t work properly, and the old air becomes trapped, leaving no room for fresh, oxygen-rich air to enter.

Most people with emphysema also have chronic bronchitis. Chronic bronchitis is inflammation of the tubes that carry air to your lungs (bronchial tubes), which leads to a persistent cough.

Emphysema and chronic bronchitis are two conditions that make up chronic obstructive pulmonary disease (COPD). Smoking is the leading cause of COPD. Treatment may slow the progression of COPD, but it can’t reverse the damage.

You can have emphysema for many years without noticing any signs or symptoms. The main symptom of emphysema is shortness of breath, which usually begins gradually.

You may start avoiding activities that cause you to be short of breath, so the symptom doesn’t become a problem until it starts interfering with daily activities.

The main causes of these lung diseases are:-

Factors that increase your risk of developing emphysema include:

People who have emphysema are also more likely to develop:

Cystic fibrosis (CF) is an inherited disease of the mucus and sweat glands. It affects mostly your lungs, pancreas, liver, intestines, sinuses, and sex organs. CF causes your mucus to be thick and sticky. The mucus clogs the lungs, causing breathing problems and making it easy for bacteria to grow. This can lead to repeated lung infections and lung damage.

The symptoms and severity of CF can vary. Some people have serious problems from birth. Others have a milder version of the disease that doesn’t show up until they are teens or young adults. Sometimes you will have few symptoms, but later, you may have more symptoms.

CF is diagnosed through various tests, such as gene, blood, and sweat tests. There is no cure for CF, but treatments have improved greatly in recent years. In the past, most deaths from CF were in children and teenagers.

Today, with improved treatments, some CF people live in their forties, fifties, or older. Treatments may include chest physical therapy, nutritional and respiratory therapies, medicines, and exercise. 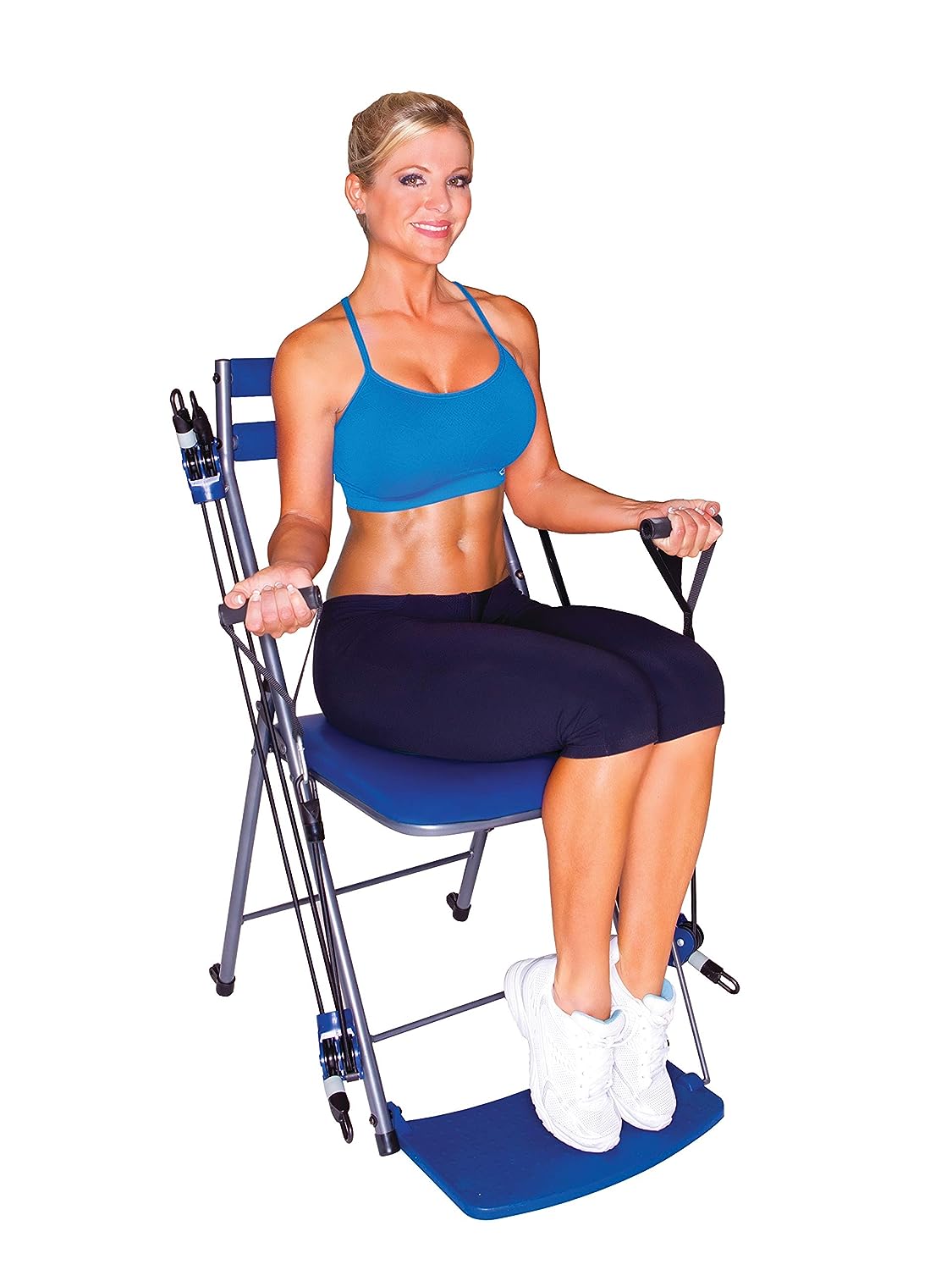 In every area of our lives, we need to take care of ourselves; we need to stop eating so much junk food( a little now and then maybe) and keep active; not only will our lives be prolonged, but it will be less painful, and we will be more independent.

I know for me being independent is very important, and I also think for a lot of boomers

I have left a link to some easy exercises from Silver Sneakers. I do hope you enjoy doing them, and you should see and feel the benefits if you do them regularly

Thank you for stopping by and taking the time to read my post. I hope you found it informative, and please do not hesitate to leave a question or comment in the place provided at the bottom of this page, and I will respond. Please like and share this post.