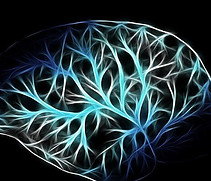 . When the immune system is functioning properly, it identifies a variety of threats, including viruses, bacteria, and parasites, and distinguishes them from the body’s own healthy tissue, an autoimmune is an illness that occurs when the body tissues are attacked by its own immune system.

The major components of the immune system include:

Lymph nodes: Small, bean-shaped structures that produce and store cells that fight infection and disease and are part of the lymphatic system — which consists of bone marrow, spleen, thymus, and lymph nodes The Lymph also carries white blood cells, which are responsible for protecting the body against viruses and bacteria and may also trap cancer cells. Lymph nodes are located throughout the body but the largest groupings are found in the neck, armpits, and groin areas.,

The Spleen which is the largest lymphatic organ in the body, and is situated on your left side, under your ribs above your stomach, contains white blood cells that fight infection or disease. the spleen also controls the amount of blood in the body and disposes of old and damaged blood cells.

Bone Marrow is a soft fatty substance in the cavities of bones, in which blood cells are produced. This spongy tissue inside some bones, such as the hip and thigh bones, contains immature cells, called stem cells,

Lymphocytes are small white blood cells that play a large role in defending the body against disease. The two types of lymphocytes are B-cells and T cells,  the B cells make antibodies that attack bacteria and toxins, and the T-cells, help to destroy infected or cancerous cells. There are two groups of T-cells a subgroup of T-cells that kill cells that are infected with viruses and other pathogens or are otherwise damaged. Helper T-cells help determine which immune responses the body makes to a particular pathogen.

The thymus is a  small organ where T-cells mature. This organ  is situated beneath the breastbone (and is shaped like a thyme leaf,)it can trigger or maintain the production of antibodies that can result in muscle weakness,

Leukocytes are the disease-fighting white blood cells that identify and eliminate pathogens and are the second arm of the innate immune system.

A high white blood cell count is not related to a specific disease, but it can indicate other problems, such as infection, stress, inflammation, trauma, allergy, or certain diseases.

Diseases of the immune system

Disorders of the immune system can result in autoimmune diseases, inflammatory diseases, and cancer,

Immunodeficiency occurs when the immune system is not as strong as normal, resulting in recurring and life-threatening infections,

In humans, immunodeficiency is either through a genetic disease such as severe combined immunodeficiency,  an acquired condition such as HIV/AIDS, or through the use of immunosuppressive medication.

What causes the immune system to misfire

What causes the immune system to misfire is not yet known. But it has been noted that some people are more likely to get an autoimmune disease than others.

For example, women get autoimmune diseases at a rate of about 2 to 1 compared to men — 6.4 percent of women vs. 2.7 percent of men. The disease usually starts during a woman’s childbearing years.

Some autoimmune diseases are more common in certain ethnic groups. For example, lupus affects more persons of African-descent and Hispanics more than Caucasians.

Certain autoimmune diseases, like multiple sclerosis and lupus, are genetic,   family members inherit a susceptibility to an autoimmune condition. But not every family member will necessarily have the same disease

Autoimmune diseases are on the increase

The incidence of autoimmune diseases is on the increase and researchers suspect environmental factors like infections and exposures to chemicals solvents could also be involved.

Eating high-fat, high-sugar, and highly processed foods are suspected but not yet proven as it is linked to inflammation, which can set off an immune response.

There is also another theory which is called the hygiene hypothesis. It is thought because of vaccines and antiseptics, children today are not exposed to as many germs as they were in the past, and this lack of exposure could make their immune system overreact to harmless substances

There are a lot of different autoimmune diseases but this is a list of 14 of the most common ones.

Type 1 diabetes, is caused by the immune system attacking and destroying insulin-producing cells in the pancreas it is the pancreas that produces the hormone insulin, which helps regulate blood sugar levels.

Psoriasis occurs when the skin cells multiply too quickly and do not allow for the normal growth and shedding of the skin cells and The extra cells build up and form red, scaly patches called scales or plaques on the skin.

MS damages the protective coating that surrounds nerve cells. Called the myelin sheath and this affects the transmission messages between the brain and body.

This damage often leads to symptoms like numbness, weakness, balance issues, and results in trouble walking. There are several forms of this disease and they progress at different rates.

Lupus affects many organs, including the joints, kidneys, brain, and heart.

Joint pain, fatigue, and rashes are among the most common symptoms.

IBD is a term used to describe inflammation in the lining of the intestines. there are 2  different types of IBD and Each type of IBD affects a different part of the GI tract.

This disease affects the adrenal glands, which produce the hormones cortisol and aldosterone. The body uses these two hormones store and uses carbohydrates and sugar and having  too little of these hormones can affect the body

Thyroid hormones control the body’s energy usage or metabolism. and  Graves disease attacks the thyroid gland in the neck, causing it to produce too much of its hormones.

Having too many hormones increases the body’s activities, causing symptoms like nervousness, a fast heartbeat, heat intolerance, and weight loss.

The most common symptom of this disease is bulging eyes, It affects about 50 percent of people with Graves’ disease

This condition attacks the joints and the glands that provide lubrication to the eyes and mouth. The symptoms of the disease are joint pain, dry eyes, and dry mouth.

This disease slows thyroid hormone production. And symptoms of the disease include weight gain, sensitivity to cold, fatigue, hair loss, and swelling of the thyroid

This disease cause impairment of the nerves that help the brain control the muscles. When these nerves are impaired, signals cannot direct the muscles to move.

The most common symptom is the muscles that control swallowing and facial movements are often involved. The muscle gets weak worsens with activity and usually improves with rest.

Vasculitis causes inflammation in the veins this results in the narrowing of the arteries and veins, allowing less blood to flow through them.

Without vitamin B-12, the body can’t make enough red blood cells. and this disease affects the protein intrinsic factor that helps the intestines absorbs vitamin B-12 from foods This disease is usually found in adults over the age of 60

This disease affects about 1 percent of persons in the USA and if affects the intestines when gluten is consumed. Being gluten sensitive is not an autoimmune disease but they both have similar symptoms eg. diarrhea and abdominal pain

There is no known cure for the autoimmune disease but it is said that a healthy lifestyle healthy diet and some exercise will lessen the effects of the symptoms. And of course, you must take any and all medication prescribed by your physician.

And should there be a problem with any of the medication like side effects please speak to your doctor remember you are your best advocate you know how you are feeling and if you do not tell your, doctors, the will not know

Thank you for reading my post, I do hope you found it helpful and informative Please stop by again, and should you have a question or comment please leave it in the space provided below and I will reply. Please like and share this post, it would be greatly appreciated.