Mental health for boomers is essential to our overall well-being. But today, many boomers are struggling to get adequate help and support. Doctors, caregivers, and family members should be concerned about seniors’ mental health.

Sometimes mental symptoms get confused with signs of aging. There are significant differences between aging and mental health. And it would be wise for caregivers to recognize the difference and learn how to support the senior showing the symptom.

There are different mental health issues, but the most common among boomers are anxiety and depression.

It is said that men over the age of 85 are more at risk for suicide than younger men, and about 45 out of every 100.000 seniors commit suicide which is usually the cause of mental health issues.

It is said that by the year 2050, the world’s elderly population is estimated to be double its current size; this will mean more seniors will be susceptible to mental health issues.

Sometimes there are stigmas associated with mental health. Because of this, there is a lack of desire to discuss the subject of mental illness, so it usually gets swept under the rug, which is a big problem in diagnosing the condition.

Sometimes seniors have to additionally, deal with the problem of ageism. People often associate certain behaviors in seniors as effects of aging. But there are mental health problems, and not knowing the differences can seriously affect a senior’s well-being. There are. Important symptoms. Differences between aging and elderly mental health

Differences Between age and mental illness

If symptoms aren’t caught in their early stage, the senior is at high risk for severe anxiety, depression, or even suicide.

Many boomers do not feel comfortable speaking to their primary doctors about their symptoms because they believe the doctor will not take them seriously, and they could be right in this regard. It is shown that of all those who expressed concern about their symptoms and spoke about them, 55% still go undiagnosed.

Anxiety and depression are the two most common symptoms in boomers. Still, these are often diagnosed as age-related, and there can not be too much stress on early detection as this is vital to treating the disease at an early stage.

Many boomers do not feel comfortable speaking to their primary doctors about their symptoms because they believe the doctor will not take them seriously, and they could be right in this regard. It is shown that of all those who expressed concern about their symptoms and spoke about them, 55% still go undiagnosed.

Anxiety and depression are the two most common symptoms in boomers. Still, these are often diagnosed as age-related, and there can not be too much stress on early detection as this is vital to treating the disease at an early stage.

SYMPTOMS OF MENTAL ILLNESS IN SENIORS

The symptoms of mental illness may appear as the effects of aging. But, you can typically think of concerning mental illness symptoms as exaggerated aging symptoms. Forgetfulness is ordinary with aging, but continuous memory loss that interferes with daily tasks should be a concern.

These are some critical mental health symptoms in seniors but not limited to:-

If you are a caregiver for a senior exhibiting any of these symptoms, then it is time to speak to a doctor. But it should be noted that the symptoms of anxiety and depression are different;

Anxiety disorders can express themselves in several forms, like consuming uncontrollable fear, becoming a panic disorder, or socializing, affecting about 15% of seniors each year. While it is normal for anyone sometimes to worry, anxiety goes from controlling worry to panic.

Some symptoms of anxiety are

Seniors who have had a stressful life full of stressful events are more at risk, but anxiety can affect anyone.

Depression is one of the familiar senior mental disorders that are not diagnosed. Depression affects the everyday life of the individual. Physically socially, and emotionally. People usually think of depression as a common symptom of aging, but it is a severe condition.

Some Common symptoms of depression

If you notice the symptoms of depression, this person must know that you are available, so they know that they are not alone; talk to them about your concerns and offer to go with them to the doctor to get help.

There’s no exact known cause of elderly mental health issues. However, experts believe several things play a role in the prevalence of symptoms in seniors.

The elderly face significant decreases in income when they reach retirement age. They also often face health issues that cause them to become less independent than they once were. These lifestyle changes add up over time. They can quickly escalate to anxiety, depression, or other forms of mental illness without proper support.

Several treatments are available to help the person regardless of when the issue is diagnosed. They include but are not limited to:- Prescription medications, Psychological interventions and therapies, Exercise Support Groups

Psychological interventions and therapies allow the senior to regain control over his emotions and get back to the life he once enjoyed; this happens by retraining the brain’s way of thinking

. Then, his thoughts won’t continue to spiral out of control. Those with anxiety might benefit from exposure therapy. This therapy involves a therapist gradually building up a patient’s ability to confront their fears by exposing them to their fears.

. This therapy usually combines stressful situations with stress-reducing methods to help balance fears. This kind of therapy is called Cognitive behavioral therapy (CBT); it is a method of retraining thoughts and behaviors to be more productive. For example, a therapist may work with a patient to provide him with some new, useful skills. These skills help him feel accomplished, build his confidence and battle depression.

Doctors usually prescribe anti-anxiety and antidepressants, and these can help seniors by reducing the symptoms of mental illness.

But, these medications can interfere with medications for other conditions. So, it’s essential to weigh the pros and cons.

Studies show that medications can especially cause the patient to relapse again into depression.

Studies show that those with moderate anxiety or depression symptoms benefit the most from regular exercise. Additionally, regular exercise can help prevent further relapse, much like medications.

Mild to moderate exercise can lift the mood of those with mental illness. Just be sure to consult and have the doctor’s approval before any exercise regimen is undertaken and proper safety precautions are in place.

to share their struggles, connect with others who understand, and find resources.

In the group of seniors 65 and older, 12% say they don’t get enough social or emotional support, and 6.5% of this same group say they experience frequent mental distress. That means this age group is saying they are not getting enough help to deal with the stress they’re under. 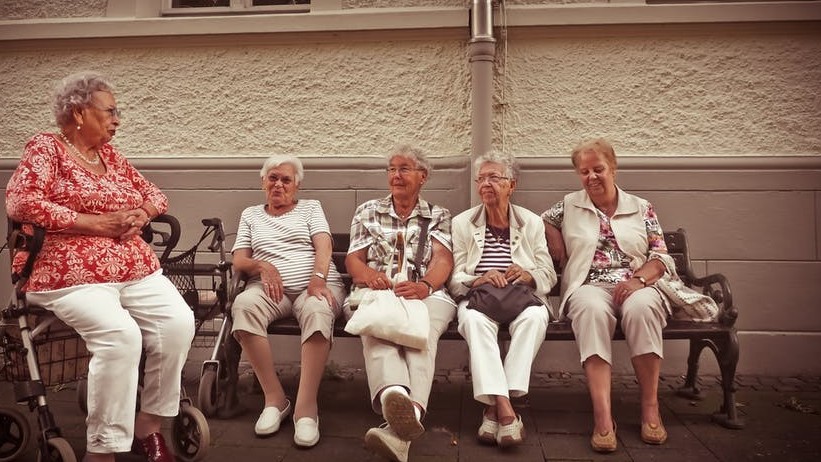 Remember, our seniors look out for all the tell-tale signs that indicate that they are under stress, and it is crucial that they feel a part of a group and do not feel isolated and forgotten, especially if their life partner is deceased.

Thank you for reading this post I hope you found it informative and helpful to you. Should you have a comment or a question, Please leave it in the space provided, and I will respond ASAP; please stop by again and remember to like and share this post.