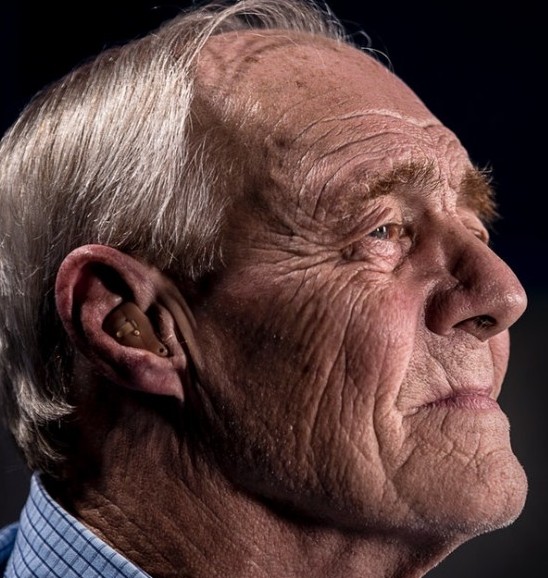 Anyone who is over the age of 65 years old should pay careful attention to your brain health. As we age there will be many unwanted problems with the functioning of our brain, especially when it comes to your memory and cognitive function.

Baby Boomers like myself,  have to fear the possibility of us developing dementia or Alzheimer, according to studies done 75% of us will.

The term baby boomer typically defines anyone who was born from 1946-64. Many will spend their retirements suffering from Alzheimer’s or taking care of someone who has it,

And this possibility extends to every one of us, regardless of race, wealth, education – the chances of developing brain issues like dementia are greater when you get to be over 65-70 years old.

Dementia and mild cognitive impairment are both common issues of aging. For those of us who have not to experience these symptoms, there is a possibility that there are subtle changes in their brain.

There are no known ways for preventing age-related cognitive decline. So what we need to do is determine the factors leading to this condition which are diet, exercise, and genetics.

Unless someone finds a cure, 10 million American baby boomers will develop the illness.

In older people, the most common cause of dementia is Alzheimer’s disease. An incurable disease, it slowly impairs your memory and thinking skills and, eventually, the ability to care for yourself.

Researchers are investigating a variety of complementary health approaches, as well as diets, for preventing or slowing the progression of dementia, including Alzheimer’s disease.

It’s estimated that about 20 percent of people over the age of 70 have some symptoms of mild cognitive impairment ( MCI.)

Generally, as people age, they are more likely to develop MCI as well as Alzheimer’s disease.

Before the serious  Alzheimer’s disease develops there is usually a period of MCI   this period is often considered to be an actual early stage of Alzheimer’s, although not everyone with MCI will develop Alzheimer’s.

Others consider it to be an actual early stage of Alzheimer’s, although not everyone with MCI will develop Alzheimer’s.

The definition of an MCI allows for problems in cognitive areas, such as reasoning and judgment. However, a person had to continue functioning quite well in daily life; if activities of daily living were impacted, the diagnosis would likely be, the early stages of Alzheimer’s disease or dementia.

The cause of MCI is unknown. It does have similar risk factors as Alzheimer’s, such as age, education level, and certain brain and certain health diseases like diabetes heart disease or stroke.

Despite the fact that People with MCI are at a higher risk of progressing to Alzheimer’s disease; not everyone does.

Some studies have found  that after a diagnosis of MCI, 40 percent of people diagnosed  had their cognitive abilities returned to normal for a time, although the chances of them developing Alzheimer’s within a 5-year time frame  were greater than those who had not been diagnosed with MCI

How MCI Differs From Alzheimer’s

Alzheimer’s is a disease in which memory and functioning continue to significantly decline over time.

MCI refers to minor impairments in  the thought processes and memory

Studies have shown changes in the brains of people with MCI that are similar to those that are present in Alzheimer’s. However, not all persons who are diagnosed with MCI continue to decline or show other symptoms of dementia, this definition seems unlikely.

As people age, it’s normal for them to experience some occasional memory gaps, such as not being able to remember, where they left their glasses or, car keys or remember someone’s name  that they haven’t seen for some time

A periodic delay in being able to access memories is also typical as we age.

What is not normal, however, is if there is a problem in the area of language, good judgment and problem-solving or when the memory loss is more than just occasional.  These concerns move people toward an MCI diagnosis,

Those of us who are experiencing normal age-related memory changes have less of a chance of developing Alzheimer’s disease than those already diagnosed with MCI.

There is no known medication approved for treatment of MCI at this time.

Should any one of us see any of these symptoms in ourselves please speak to your doctor, while it may be normal to be worried, it is very important to have an evaluation done.

As a Boomer, myself I know having an Alzheimer’s diagnosis is something that I fear and because of this, I am constantly worried should I forget something that I think I should have remembered.

It should also be remembered that an early diagnosis with treatment can slow the progression of the disease.

You cannot be effective if you have nothing to give. You cannot pour into others when you are empty.

Be careful and do not allow yourself to be burnt out, you now when you are running low.

Don’t be afraid to ask for help so you can have some time for yourself and recharge. Take care of yourself. You only have one life to live

Non-exercise activity thermogenesis (N.E.A.T.) may be the key to a healthy, active, long life. Here’s how to make it part of today—and every day.

Posted by SilverSneakers on Wednesday, November 28, 2018

Thank you for taking the time to read this post it is greatly appreciated and please stop by again.