In this post, I would like to take a closer look at turmeric I have dealt with  the benefits of spices

for maintaining  good health in a previous post https://healthandwellnessforboomers.com/spices-for-good-health-maintaining-good-health

I am very interested in this particular spice as I had chronic knee pain I had to be taking 500mg  of naproxen as needed up to 3 times per day.

I started taking tumeric and the pain has subsided a lot and I am now to taking 1 tablet two or three times per week and to further cause me to be more interested  in turmeric my son also developed bad knee pain and received some injections in his knees and some medication but found no relief so I gave him my turmeric tablets 3 per day and the pain got less severe until it has completely stopped.

In my research I found that turmeric has a lot of health benefits for everyone, It is a plant from the ginger family and is  grown mostly in India and Asia and some other countries like Jamaica and Haiti

https://en.wikipedia.org/wiki/Turmeric it is ranked as a spice and in India, it is not only used in cooking but is also used as a dye.and was used by the ancient East Indians as medicine.

Curcumin is the main active ingredient in turmeric. It has powerful anti-inflammatory effects and is a very strong antioxidant.

The curcumin content of turmeric is not that high. Studies of this spice have shown that using turmeric extracts that contain mostly curcumin would be very difficult to reach the levels needed for health benefits by just using the turmeric spice in your foods.

Therefore, if you want to experience the full effects, you need to take a supplement that contains significant amounts of curcumin.

Curcumin is poorly absorbed into the bloodstream. It helps to consume black pepper with it, which contains piperine, a natural substance that enhances the absorption of curcumin.

Curcumin is also fat soluble, so it may be a good idea to take it with a fatty meal.

Curcumin Is a Natural Anti-Inflammatory Compound

Although Inflammation is incredibly important as It helps your body fight foreign invaders and also has a role in repairing the damage.

Without inflammation, pathogens like bacteria could easily take over your body and kill you so acute, short-term inflammation is beneficial, but it can become a major problem when it becomes chronic and inappropriately attacks your body’s own tissues.

Therefore, anything that can help fight chronic inflammation is of potential importance in preventing and even treating these diseases.

It also blocks the molecule that travels into the nuclei of your cells and turns on genes related to inflammation. NF-kB  molecule is believed to play a major role in many chronic diseases 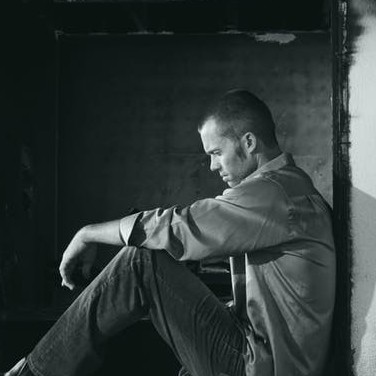 Curcumin may also help decreases the causes of heart disease by improving the lining of the blood vessels which is called endothelium.

Any dysfunction of the endothelial is one of the major drivers of heart disease as it involves the inability to regulate your blood pressure.

There are also some studies that suggest that curcumin is beneficial in the treatment of cancerous growth by killing some of these cells or reducing the size of these growths,

As with all medication it is best to stick to the prescribed dose although turmeric does not usually cause significant side effects; however, some people can experience stomach upset, nausea, dizziness, or diarrhea.

It has been reported that person who took very high amounts of turmeric, over 1500 mg twice daily, experienced a dangerous abnormal heart rhythm It is unclear if turmeric was the actual cause of this side effect. I would, therefore, suggest avoid taking excessively large doses of turmeric.

There is a possibility that it might promote a menstrual period or stimulate the uterus, putting the pregnancy at risk.

Do not use turmeric if you have gallstones or a bile duct obstruction. As turmeric can make gallbladder problems worse

Because turmeric can slow blood clotting it is best not to take turmeric as this can increase the risk of bruising and bleeding in people with bleeding disorders.

Curcumin, a chemical in turmeric, might decrease blood sugar in people with diabetes. So be sure to monitor your blood sugar levels as it might make blood sugar too low.

A stomach disorder called gastroesophageal reflux disease (GERD): Turmeric can cause stomach upset in some people. It might make stomach problems such as GERD worse. Do not take turmeric if it worsens symptoms of GERD.

Some research shows that turmeric can reduce the effects of estrogen in some hormone-sensitive cancer cells. Therefore, turmeric might have beneficial effects on hormone-sensitive conditions. Until more is known, use cautiously if you have a condition that might be made worse by exposure to hormones.

Turmeric might lower testosterone levels and decrease sperm movement when taken by mouth by men. This might reduce fertility. Turmeric should be used cautiously by people trying to have a baby.

Turmeric should be used with caution with those who suffer from iron deficiency, Turmeric taken in high doses might prevent the absorption of iron.

Turmeric can also slow blood clotting.and can cause extra bleeding during and after surgery.

One should stop using turmeric at least 2 weeks before a scheduled surgery.

Turmeric and especially its most active compound cur cumin have many scientifically-proven health benefits, such as the potential to prevent heart disease, Alzheimer’s and cancer.

It’s a potent anti-inflammatory and antioxidant and may also help improve symptoms of depression and arthritis.

It’s recommended to find a product with Bio-Perine (the trademarked name for piperine), which is the substance that enhances cur cumin absorption by 2,000%. 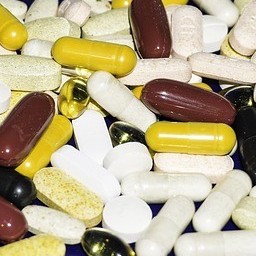 Without this substance, most of the cur cumin just passes through your digestive tract.

Thank you so much for stopping by please do come again and remember to share this post, and please leave your questions and comments in the space provided below this post and I will respond ASAP